Cantoni ITC USA, Inc. v. Milano International Inc., 300 A.D. 2d 334, 751 N.Y.S. 2d 308 (2d Dept. 2002) [which held that in the middle of a bench trial a request for a brief continuance to obtain the testimony a former controller of the plaintiff was not likely to cause prejudice to the defendant and should have been granted];

Wand v. Beck, 262 A.D. 2d 634, 693 N.Y.S. 2d 615 (2d Dept. 1999) [in a legal malpractice action my client was unable to obtain the reversal of a summary judgment motion dismissing the case, as the court held there was no triable issue of fact as to the fair and reasonable market value of mortgaged premises at the time of a foreclosure sale]; 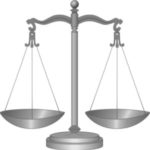 The Walt Disney Company, Inc. v. Sweatshirts & More, 1995 U.S. Dist. LEXIS 2386 (S.D.N.Y. 1995) [in a contested traverse hearing in an attempt to vacate a default judgment, the process server had died before the traverse and the court allowed the process server’s affidavit as prima facie proof of service, but that was insufficient to overcome the defendant’s claim that he was not properly served].

Horowitz v. PCP Int’l Ltd., 2012 N.Y. Misc. LEXIS 1200 (Supreme Court Nassau County 2012) [this was my lawsuit against a former client from India to recover legal fees that arose from representing the client in a contract dispute with the United Nations, where the court required that service on the foreign company be made in accordance with the rules of the Hague Service Convention, and required the production of the Arbitration Tribunal’s decision in camera to decide if I was entitled to recover legal fees as per the Retainer Agreement, which was ultimately successful and I was awarded the requested legal fees].

Padma Paper Mills, Ltd. V. Universal Exports, Inc., 34 Misc. 3d 1236 (A) (Supreme Court Suffolk County 2009) [where the court pierced the corporate veil and awarded judgment against the corporate defendant’s principal, who perpetrated a fraud against the plaintiff by using fictitious names to induce the plaintiff to do business with his company, and then shipping plaintiff nonconforming goods]. 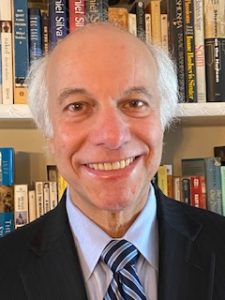